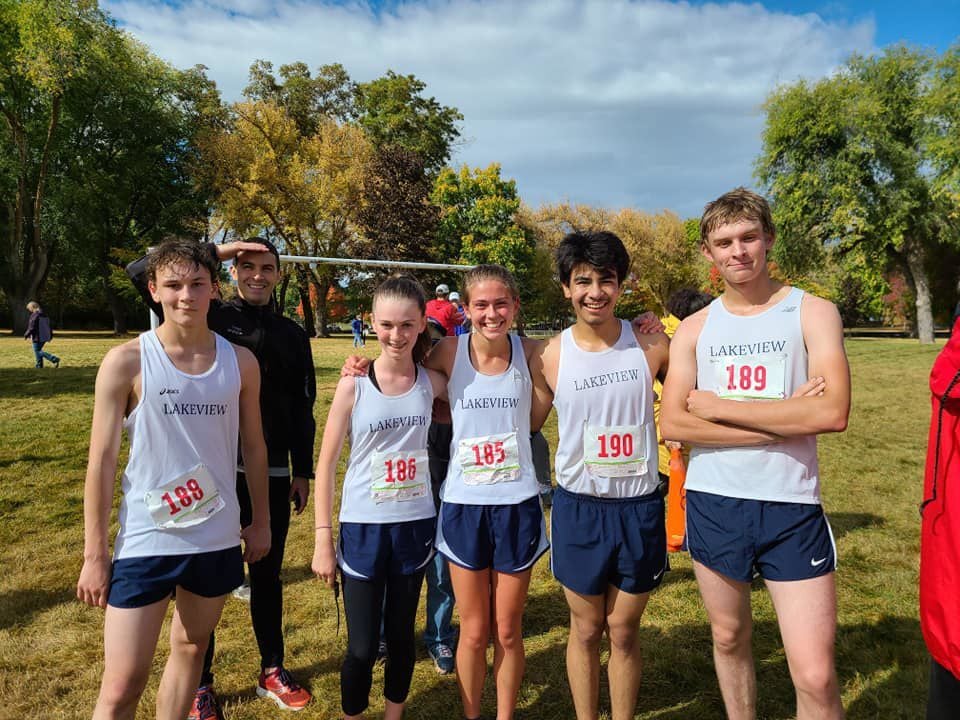 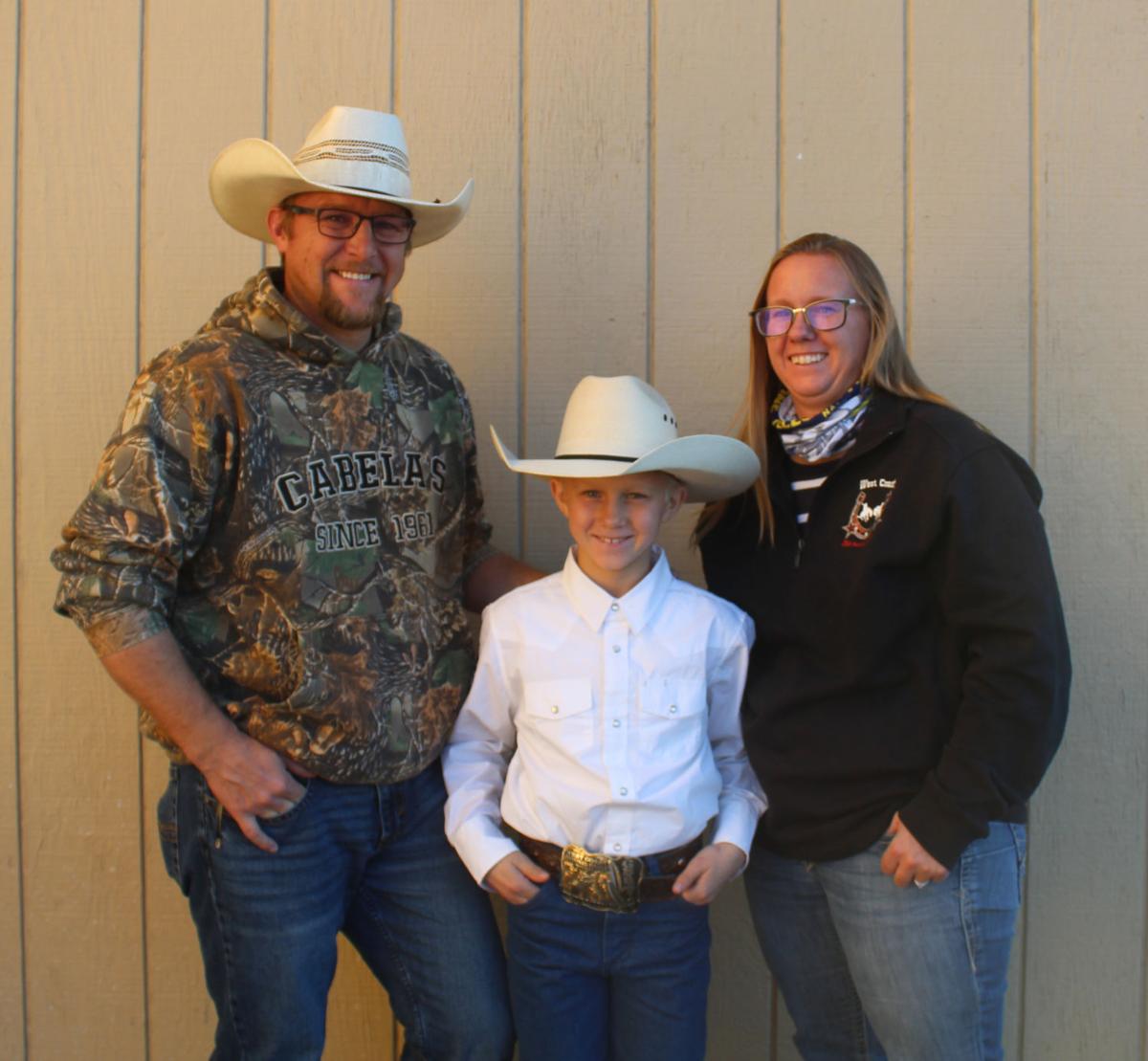 AJ Dolbear stands with his parents, Tony, left, and Andrea, right; he will be representing the region at the Junior Roughstock Association World Finals in Fort Worth, Texas. 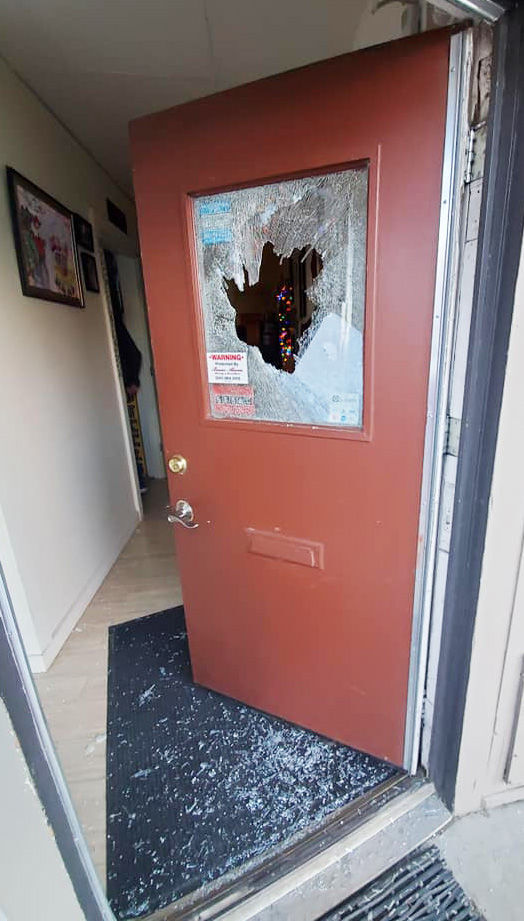 KORV 93.5 FM was one of several businesses broken into in the early morning hours of Thursday, Dec. 10, by a 25-year-old male suspect who was arrested later that day. The suspect has now been identified as Christopher Todd Hale.

AJ Dolbear stands with his parents, Tony, left, and Andrea, right; he will be representing the region at the Junior Roughstock Association World Finals in Fort Worth, Texas.

KORV 93.5 FM was one of several businesses broken into in the early morning hours of Thursday, Dec. 10, by a 25-year-old male suspect who was arrested later that day. The suspect has now been identified as Christopher Todd Hale.

About two months after being served a red notice by Oregon OSHA and being forced to move operations to the sidewalk in front of the store, Howard’s drug has gotten the red notice removed and the business is welcoming customers inside once again. In its reasoning for issuing the notice, OSHA cited that Howard’s employees were interacting with each other and customers without the use of plexiglass barriers or face coverings. Howard’s was issued a $9,400 fine by OSHA for non-compliance with the COVID workplace rules set down by the Governor’s office. Caleb and Jeff Howard both agreed with the way OSHA interpreted those rules. Howard’s is working to appeal the fine.

Goose Lake Railway recently acquired another locomotive, which now sits at the rail yard in Lakeview. The newest addition was purchased from a locomotive dealer and came from Kentucky, according to Goose Lake Railway Managing Member Toby Van Altvorst. It was built in 1979, he said, and went through a rebuild in the 1990s. Acquiring it took three months. The newest locomotive will be making trips to Alturas, Calif. once a week, hauling perlite and wood product. Eventually, the Railway anticipates using it to haul biofuel from Red Rock. Van Altvorst expects funding for Goose Lake Railway will soon be greenlit and operations will be picking up before spring of 2021.

Lakeview High School (LHS) sent five runners to an unofficial cross country meet held at Klamath Union Saturday, Oct. 10. With the Oregon School Activities Association delaying all official sports to calendar year 2021, many schools that are still open for in-person instruction have been competing against each other in unofficial capacities. LHS cross country team has been practicing since August, but this is the first time they have competed for the fall season. Five athletes were able to make the trip, though LHS cross country Head Coach Bobbie Steninger said not enough members made it to compete as a full team. Newcomer Abi Carter was one of the five competitors; she has run elsewhere but this was her first time competing for LHS. Kaley Schneider of LHS was the fastest young woman on the entire course, running 5,000 meters in 21:34.

Lake County’s only food bank especially for children — Kid’s Korner, run by the Bend-based, family-owned nonprofit The Giving Plate —is holding an open house Saturday, Oct. 31 at its location in Christmas Valley. Residents throughout the county are encouraged to attend, though bags of food will only be distributed to children up to age 18. “We want people to see what we’re doing so they can get excited with us,” co-owner Debi Kelso said. She added that Kid’s Korner will never turn a child away. The children’s food bank expects to serve approximately 70 kids per week to start.

After the general election Tuesday, Nov. 3, Lakeview will have two new Town Council members: Jay Farmen and Shannon Theall. Both incumbents, Sandra Wenzel and Darwin Johnson lost their bids to remain on the council. Johnson faced Ray Turner for the position of Lakeview Mayor. While he initially signed up to run for re-election to his council seat, he then changed his mind not long before the deadline day and decided to challenge Turner instead. Wenzel finished last against her two opponents.

How much to raise the baseline water rates in Lakeview was the main topic of discussion at the Lakeview Town Council Work Session on Tuesday, Nov. 10. Lakeview Town Mgr. Michele Parry presented a proposal for the Council to consider which would raise rates over the next three years a total of 20%, with 15% the first year in 2021 followed by another hike of 2.5% in July 2021 and then a final rate increase of 2.5% in January 2022. Parry said she took the average increase of the Consumer Price Index — which is used by various agencies such as Social Security — to determine the rate of inflation. Mark Albertson, who spoke as a private citizen, said while keeping rates low may seem like a good thing, it’s only “kick the can down the road.” Lakeview Town Council member Niki Taylor was not happy with the timing of the proposed increased.

Country singer Granger Smith, also known as his alter ego Earl Dibbles Jr., will be the 2021 Lake County Round-Up headliner. Smith was originally booked as the 2020 Round-Up headliner but the concert had to be canceled due to COVID restrictions. Tickets go on sale Friday, Nov. 27; general admission tickets are $35. Smith’s hit single, “Backroad Song,” became a hit on mainstream country music stations and on Feb. 14, 2016, became the most played song in America on country music radio. He won the BMI Country Award for writing, producing, publishing and performing the song.

Lance Brown is the fourth and newest Lake County Sheriff’s Office (LCSO) deputy assigned to the North Lake area. After working various ranch jobs in Oregon and Nevada, Brown said he decided to try something new; this is his first job in law enforcement. He initially applied for the reserve officer program but then decided to pursue a full-time position when it became available. North Lake residents have long asked for another officer to cover their area; Sheriff Mike Taylor said Brown is a welcome addition to the force.

Licensing fees for restaurants, motels and RV parks in Lake County will be paid in full for 2021 by the Board of Commissioners, following a decision the Board approved Monday, Dec. 7. Public Health RN Jill Harlan proposed that the County could pay for at least a portion of the fees as those businesses have not had nearly the volume of customers they normally would due to COVID restrictions implemented at the State and County levels. Several other Oregon counties had already decided to pay fees for their local qualifying businesses, she said. The Commissioners thanked her sincerely for bringing the idea forward and agreed it was more than fair that the County pay the fees — no more than $31,733 total — as the owners had not been able to make the revenue they normally would due to COVID rules.

Early Thursday, Dec. 10, a male suspect broke into several businesses in Lakeview — smashing in windows and taking items in some cases. He eventually crashed the vehicle he was driving on Hwy 140 E near milepost 10 and was apprehended by Lake County Sheriff’s Office deputies and Oregon State Police troopers. OSP has now identified the suspect as 25-year-old Christopher Todd Hale. Victimized businesses included Pacific Crest Federal Credit Union, Harlan’s Furniture and Appliance, AmeriTitle, First Community Credit Union, Chevron and KORV 93.5 FM. Hale has been charged with multiple counts of burglary, theft, and criminal mischief, as well as one count of unlawful use of a motor vehicle.

Longtime Lakeview resident and Lakeview High School graduate Derrick Dunn is Oregon State Police’s newest officer in the Lakeview area. After graduating LHS in 2017, Dunn attended Oregon State University but left early when a job with OSP became available. “I really liked their values and their values really matched mine. You are a role model in the community,” he said. He became interested in pursuing a career in law enforcement while in high school; OSP Senior Trooper Cliff Hargis showed him what the job was like. Dunn also participated in a ride along with OSP Sgt. Scott Hill. Those experiences further instilled in Dunn that he wanted to work for OSP in the future.

Lake Health District (LHD) received its first shipment of Moderna COVID vaccines last week and the first shots have been administered to LHD staff. Charlie Tveit, LHD CEO, said the Health District has received 100 doses of the vaccine thus far. Oregon Health Authority is encouraging hospitals to prioritize shots for workers who works with patients face-to-face. LHD employees only receive the vaccine if they elect to; it is not required by the District. Tveit said employees of pharmacy chain CVS will arrive in Lakeview near the beginning of 2021 to vaccine residents of local long term care facilities who wish to receive the shot. All the vaccines require two doses, spaced three weeks to a month apart.