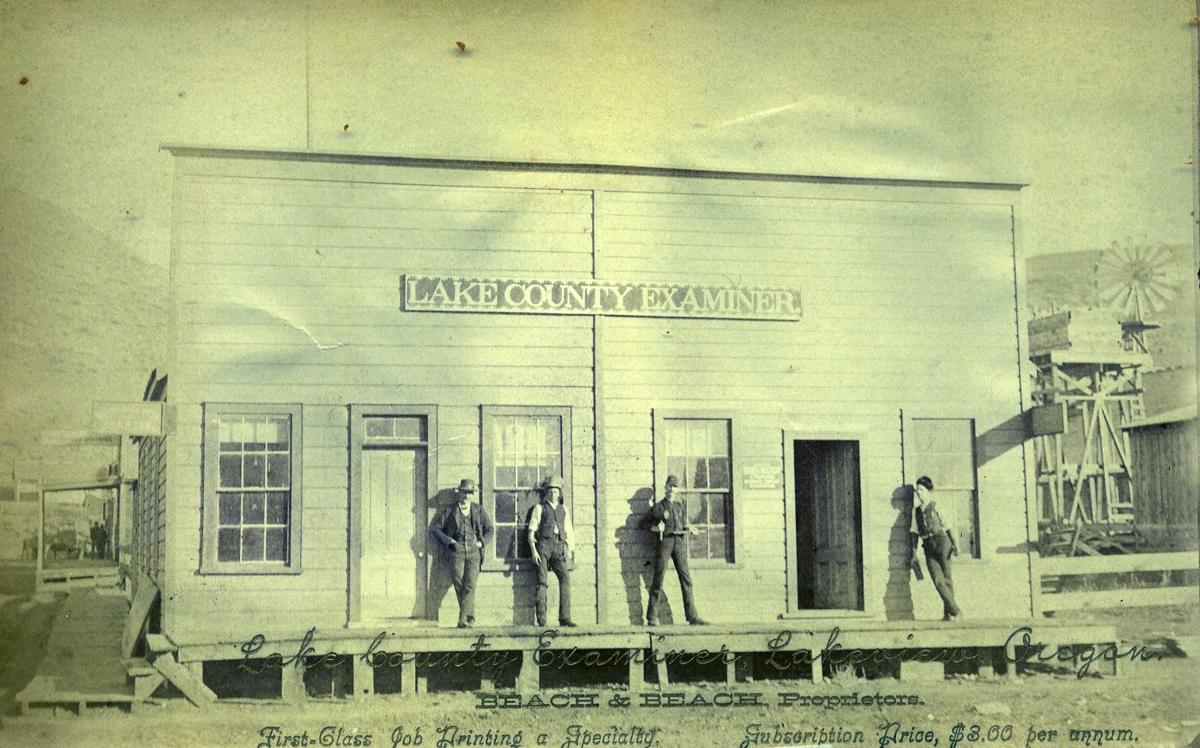 In 1880 two prominent Lake County Democrats in Lakeview, Stephen P. Moss and Charles Cogswell, decided to start a newspaper as a direct response to the State Line Herald, launched in 1878 in New Pine Creek by Judge C.B. Watson, which took a strong Republican stance. Cogswell and Moss called their newspaper the Lake County Examiner.

For a year the proverbial mud flew between the two rival papers, until 1881 when James H. Evans bought the Herald, and a year later acquired the Examiner, merging the two newspapers under the Examiner name.

Starting with its first publication on Feb. 5, 1880, the Lake County Examiner has faithfully published editions every week, providing the best in local news and national headlines to the people of Lake County as Lake County’s official newspaper of record. Even in the wake of the devastating 1900 Lakeview fire, which burned down much of the town including the Examiner’s office, the next day the Examiner’s staff salvaged their burned equipment and printed a special edition covering the full scope of the fire.

Through good times and bad the Examiner has continued to publish its weekly edition every Wednesday, along with numerous special publications throughout the year such as sports previews, Fair and Round-Up special editions, Ranch Farm & Timber and our annual Progress edition. Today the Lake County Examiner is a member of Pioneer News Group as part of Klamath Publishing Company along with the Herald and News and The Nickel as part of a conglomerate representing over 20 newspapers across the Pacific Northwest.

In 2014 the Lake County Examiner took another leap forward in representing Lake County residents, filling a much needed void of not having a television station in the county by creating a video department. Within the first year of operations the Examiner had created over 600 videos available online and produced over 30 DVDs providing a visual documentation of life in Lake County. Included in this is a weekly news broadcast, dubbed “The Lake County Flash,” providing a mini-news recap of all things Oregon Outback.